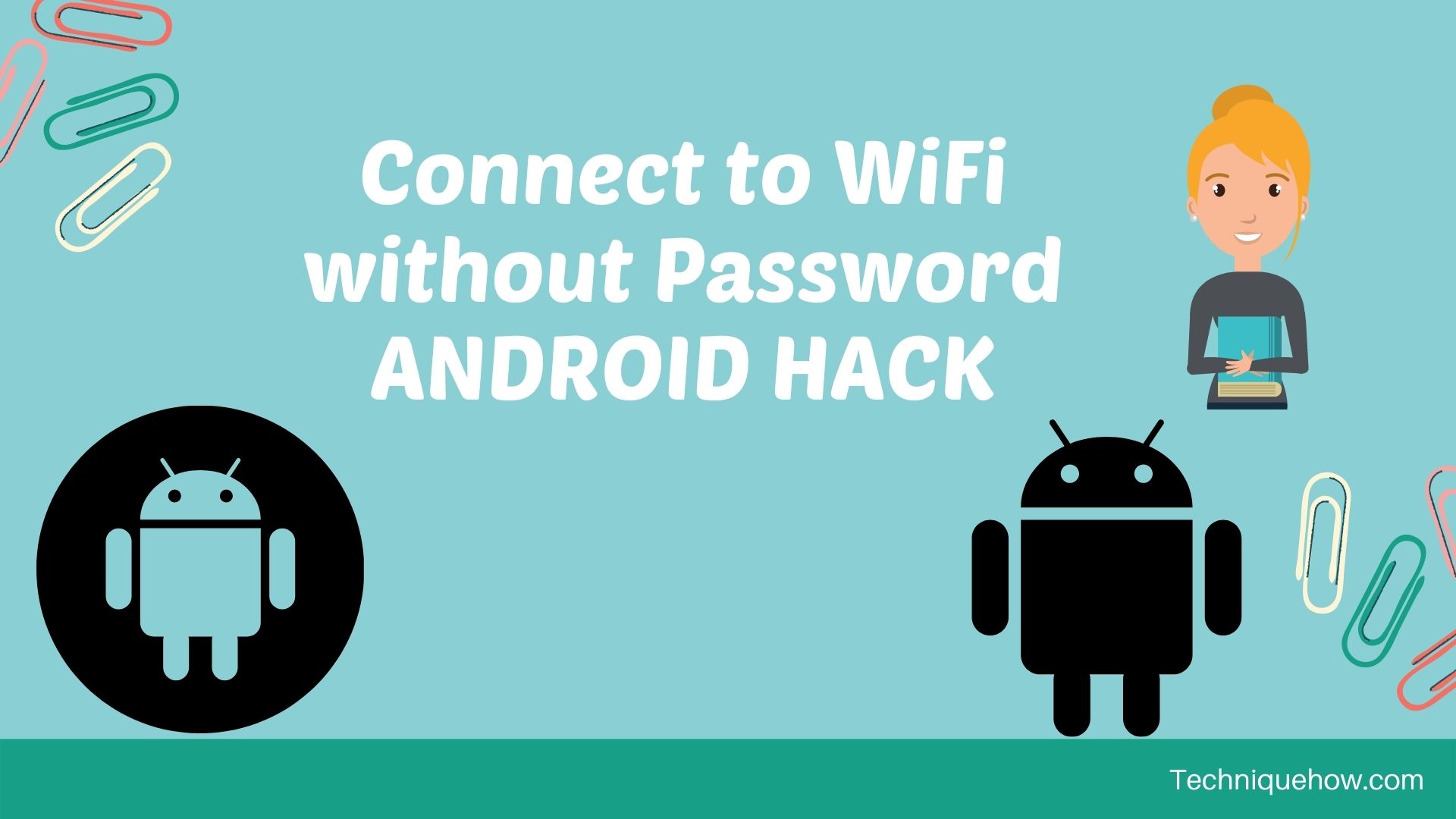 Whenever someone is discussing hacking the first thing strike in our mind is WiFi hacking for its high speed and unlimited usage, it’s just not about money always, it’s a new experience for any teenager.

If this is not a mobile hotspot network, you can get high-speed internet.

I mean maximum people wish to show off their incredible work done by them. A couple of years ago WiFi hacking seems to be done easily because of many vulnerabilities in the system but with the passes of time vulnerabilities were fixed by the developers and coders.

But now, the time has changed and the new routers are coming with fix vulnerabilities and new encryption which become very hard to crack by the hackers but still we already know that none of the technology ever comes with 100% vulnerability free and also it will never going to happen in future.

In this article, I will discuss some of the tips and tricks to connect WiFi without the password on your android.

Before that, we will see how these encryption work and how much this technology evolved nowadays. I will discuss every encryption in this article from the beginning to the latest one, which is running nowadays.

WEP runs on the RC-4 algorithm which was stands for “Reverse Cipher-4’. The main vulnerability that was detected in this encryption was, if any user sends any data packets or any amount of data through this network then, the first data packet that was sent by the user stored non-random key. That means if the hacker had already the stocks of these keys he/she could easily crack that information and steal your password by simple permutation and combination method. Hackers easily succeeded in cracking that information in a couple of seconds.

In 2004, the vulnerability of WEP encryption was shown to the public and it was lately permanently shutdown.

It was introduced in 2003 and was the modified version of WEP. It was also working on the RC-4 algorithm but it was very modified and came with fixed vulnerabilities. It was a bit different from WEP encryption, the protocol of WPA works on ”TKIP” that means “Temporal Key Integrity Protocol ”. The packets which were sent through this network, they were always random and the key which is associated with any particular packet was always changes with time. So that hackers couldn’t determine which key is stored in a particular packet.

In this method, one more feature was added, which was named “PSK” stands for “Pre Shared Key”. It was used for the authentication of the user when he/she try to connect to that network.

WPA came with two types “WPA personal” and “WPA enterprise”. The PSK feature was added to the WPA personal. It had also feature named as “MIC” stands for “message integrity code”.

But, also lately it was detected with many faults and vulnerabilities then its upgraded version was launched in 2004 named as WPA2.

WPA vulnerabilities got fixed in WPA2, which was a new encryption method and protocol. It worked on a new encryption protocol named “AES” stands for “Advanced Encryption Standard”. It came with a totally new and changed algorithm named ”CCMP” algorithm. WPA2was also came with two types “WPA2 personal” and “WPA2 enterprise”.

But as we know none of the technology bug-free. A bug was detected in WPA2 named as “WPS button” stands for “Wi-Fi protector setup” button, with the help of this you can easily connect to any WPA2 wireless network without any password requirement. This vulnerability still exists in WPA2, if any hacker knew to exploit that button he could easily gain access on that network without any password requirement.

The latest Wi-Fi encryption method uses “WPA3”  and this is the strongest encryption ever. Now, I am going to share some of these hacking tips and tricks for hacking the Wi-Fi network on android in 2020.

Note: I never recommend to connect to someone’s WiFi without their permission as this is illegal and you may be sued. We are at the Techniquehow team are not responsible for any actions if taken against you. This is just an educational guide.

Connect WiFi without Password in Android Mobile without WPS:

You have many ways to connect to any WiFi without knowing the password, let’s follow the steps:

The very first way to connect any WiFi network without a password is by using the QR code method. For this, someone has to be already connected to that network then you have to take his/her phone and go to the WiFi settings and find the Wi-Fi password.

The victim’s phone will generate the QR-code. This process includes QR-code scanning from your phone, the QR-code scanner already present in your Wi-Fi settings just scan it and you will directly connect to that network without any password. 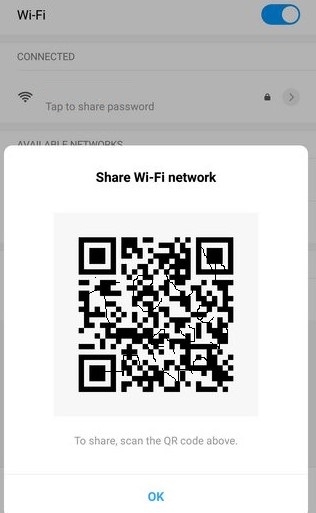 Let’s move on to our next method and it is quite a good attack done by social engineering.

This method is one of the great ways to gain access over any Wi-Fi network but, this includes the social engineering part.

There is always a high chance that the victim will give his/her password himself. I will guide you step by step how you will need the Termux app and also a couple of and also save the victim’s password.

You will easily find these codes on google this retype the password of his Wi-Fi network to connect again to his/her Wi-Fi.

STEP-2: Now, you need to execute those codes in the terminal of Termux.

STEP-3: Now, you have to wait for the victim to rewrite the password, once he will get confused in your and his network may be the chances he will type the password in your network and you will get the password.

There are always 50-50 chances in these types of attacks but it actually works for many people.

There are some apps that work for the non-rooted user to gain access on Wi-Fi networks but not every time got success because these apps work under some limitation and hack those Wi-Fi networks which are still using old encryption methods. There are many apps available on Google play store to perform these types of attacks but one of the most popular apps among users is “WIFI WPS WPA tester”.

You will easily get this app on Google play store and it can be also upgraded to a premium version that works much better than the free one. But, you have to pay for it. Let’s have a look at how free version works.

Let’s see how this apps works and how effective in Wi-Fi hacking.

STEP-2 Give the location permission to the app.

STEP-3 The app will automatically search all the wireless networks nearby you.

STEP-4 All networks have a color either it will green, yellow or red. (the red one will be already out of list they can’t be hacked by this app you can only try green and yellow color networks ).

STEP-5 Tap on any green or yellow color network and select “Connect automatically with try all pins”.

This is also an android app for hacking Wi-Fi but it is not available on Google play store because of security issues. But this apps work in all WPS enabled Wi-Fi networks and can easily crack the password of any WPS enabled network in a couple of minutes. Let’s have a look at the steps to do this.

STEP-1: Open the app and allow all permission along with location permission.

STEP-2: It will automatically detect nearby Wi-Fi networks.

STEP-3: See which one is WPS enabled.

STEP-4: Just tap on it and it will automatically connect to that particular network after cracking the password.

These are some basic applications you can use and easily gain access over any Wi-Fi network but these methods are getting old day by day but these continuously giving updates from time to time.

Aircrack-ng is one of the popular Wi-Fihacking apps. This app helps you in hacking the passwords of anyWi-Fi. The Wi-Fihacking app contains packet sniffer, wireless network detector, WEP, and WPA/WPA2-PSK cracker. But, this app needed root to run on your android.

This Wi-Ficracker app uses fantastic algorithms to gain wireless passwords by capturing packets. To make the attack faster, it executes a standard FMS attack with some optimizations.

It is used by many Android developers and security enthusiasts. Working on the Aircrack-ng WiFi Hacking App on Android isn’t much of an issue, but the most difficult part is having a WiFi chipset that supports monitor mode.

So, as you saw these are some cool apps and tricks which you can use to gain access to your neighbor’s Wi-Fi and have some fun.