Skip to content
If you want to boost the internet speed of your hotspot then you can take many steps i.e. replacing the hotspot to another place (near to outdoor) or by using a wireless-repeater.
You have a lot more ways that can help you speed up the internet connection of the WiFi hotspot.
I have personally experienced that whenever I shifted my hotspot from one place to another then network coverage fractures. This happens in the lowest coverage area for the server you are using on your hotspot network.
Data usage also a reason that wipes off the data balance. You should control the hotspot data usage at first and then follow this guide.
Meanwhile, whenever you need to enhance your internet speed on your hotspot network then, first of all, check the network coverage it’s getting.
If the signal is green, still facing the lowest coverage than you may have issues with the other connected devices that are the bandwidth hog on your network. In a few cases, you can limit those users on the hotspot to make your hotspot work as normal.
Sometimes if the hotspot network is out of your passage area then you can place a wireless repeater so that you can get the maximum speed that covered on original hotspot network.

If you are using a hotspot network on your home or office and facing issues like Slow speed then this may happen due to many reasons:
1. Maybe your hotspot is connected with many devices that are consuming huge bandwidth.  This is the most common reason behind the slowest speed of a hotspot network.
2. Another reason may be, this is due to the network coverage issue. Sometimes, the coverage issue is temporary but many of the users are facing the coverage issue on their particular area. On those cases replacing the hotspot model to the top corner that is open to the sky, helps a lot.

How to make Mobile Hotspot faster for PS4?

The methods that I am going to share with you in this context can be done by self. These are the easiest troubleshooting techniques that can be performed easily.
1. Move your Android Hotspot towards open-to-sky Area
If you are having issues with your hotspot network on your bedroom or office-room then try fixing this by moving the network to the external area or to the top-roof area.
This I have personally experienced with the hotspot network that I Used whenever I had an issue with my broadband. The method will definitely help you if you are living in a rural area or a low network coverage area.
Another bonus point that I want to add that on a particular area try replacing the hotspot in different places and check for the best place for getting the best internet speed. You can do the speed test every time by replacing to the different places to find the good coverage area for the highest internet speed through your hotspot network.
I normally like to play a YouTube video and replace the hotspot elsewhere to check where the video did not get stuck and play smoothly then I place my hotspot there.
2. Use Wireless Repeater:
Whenever I used to connect to the internet being closer to my hotspot network that loads my pages quickly in a few seconds. But whenever I move to a place where the distance is larger, the internet speed got stuck. What I found in the speed test is, whenever I am nearest to the hotspot network I get around 40% extra internet speed. 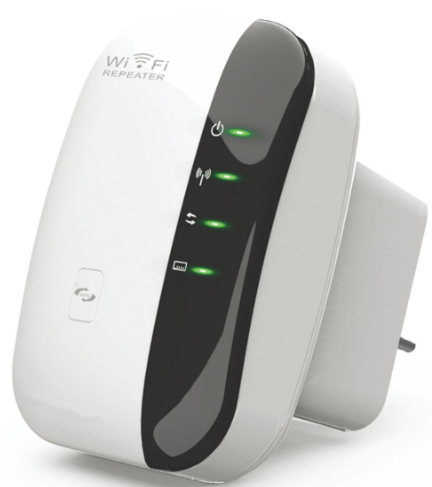 That means having the largest distance from your hotspot Network your device creates a speed issue.
That is why implemented a network repeater that is awesome, just a router and connected with my hotspot network.
What it does is, it extends the wireless coverage of that mobile hotspot area to a large distance that the router can cover.
This helped me a lot and I am definitely sure that will solve your speed issue if you are using the devices on a distance from your hotspot network.
3. Use Data Management Tools
What is the advantage of a data management tool? Data management tools actually those apps that you can use either on your iPhone, Android or even some Windows data management tools are still available to use it on your desktop.
These tools actually do the management of your data so that no background data can cause that speed issue of your android hotspot. This tool maintains data more smartly than your personal mobile settings. You can select the background apps and use the data behind this data management tool.
The best part is anyone can use this in just a single click, you just have to turn on the data management that people set up to do all the needful to stop the background data and controlling of internet speed more smartly.
4. Remove that user: Bandwidth Hog
Find out the person who is using the most bandwidth on your hotspot network. The person who is bandwidth hog on your hotspot will create speed problems on such a network. This is the person who keeps downloading and uploading files all the time on the network.
Definitely by deleting such users from your hotspot can help you keep your hotspot speed normal.
You just have to find out that users on your hotspot and if you don’t have such features that can detect the bandwidth hog, you can stop or remove all the users from your network by changing simply the password of the hotspot network and look for the changes that happen.
You can add users again one by one and test the person who is using the highest bandwidth and this simply can be done through any tools that can catch a bandwidth hog in a few hours.
5. Shift to LTE
This is the advanced solution for people who are still using the 3G on the hotspot. The LTE has much more advantage than the previous 3G, you can enjoy the most higher speed on your LTE connection.
So try a shift in the network mode to the LTE if you are using hotspot through your mobile. In such cases where the LTE network coverage is not available then you can continue with the automatic mode that can be set on your mobile network and such settings will adjust the network coverage problem by its own. 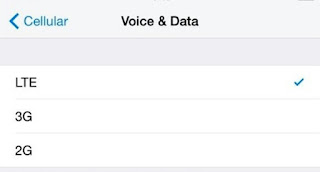 Having LTE connection on your hotspot can increase your internet speed up to 70% on the same device without any further changes and the LTE network has more strength for downloading and uploading a file on a constant speed.
The Bottom Lines:
If you want to boost your internet hotspot to perform first of all the basic methods that I have described in this article. Mostly I suggest to replace your router on different places and find the best place that gets the coverage and serves the best internet speed.