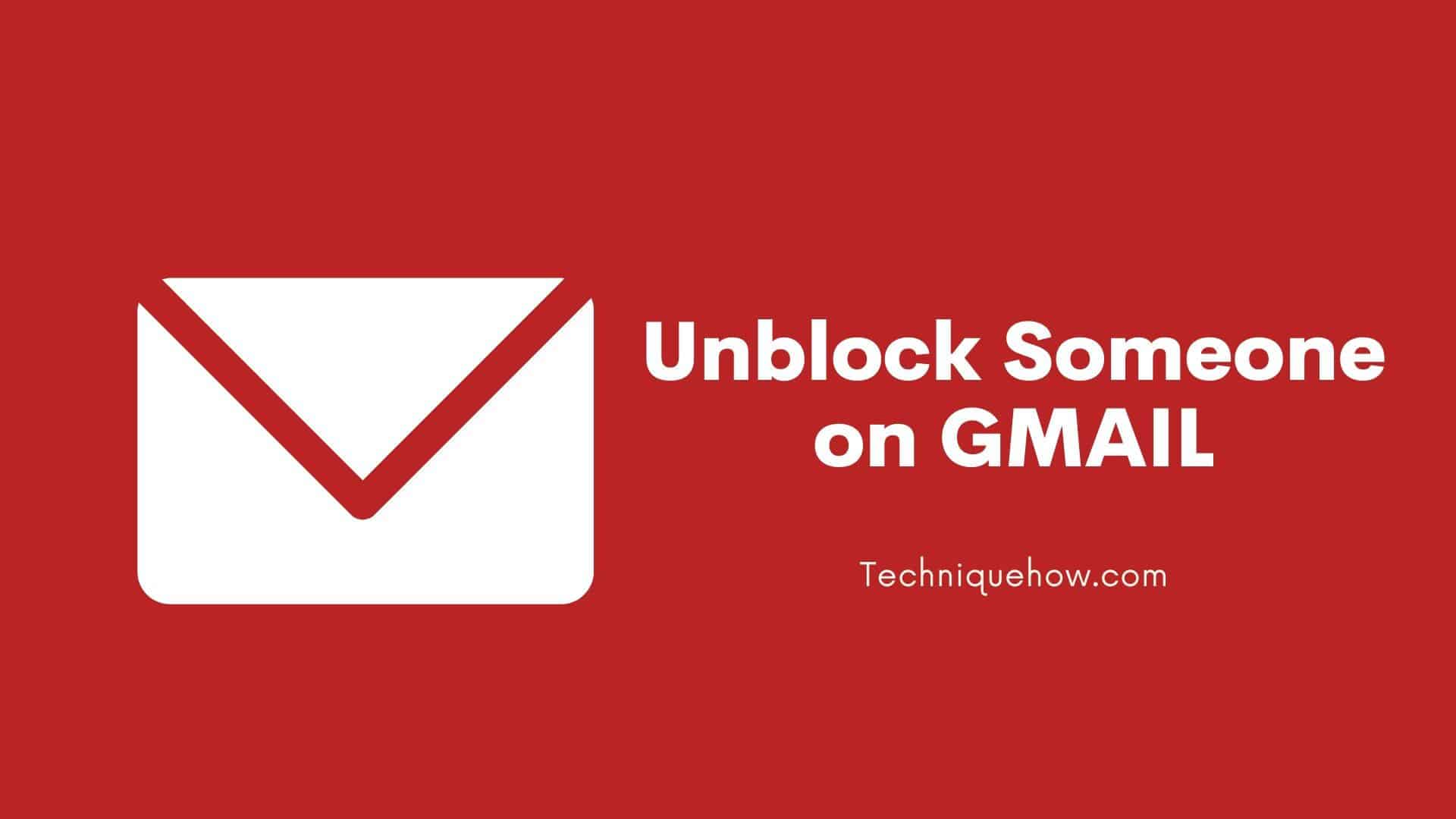 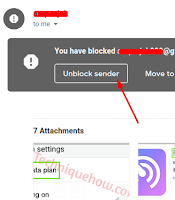 1. Login with email id & password on Gmail.
2. Now go to the spam folder and find the messages from the person.
3. Once you open the email, click on the button ‘Unblock sender’.
4. Tap on the ‘Unblock sender’ button and the person will be unblocked from your Gmail account.

Also, if you have mistakenly blocked someone, you can unblock that Gmail ID just by following a few more methods.

You can also take some necessary steps from your local authorities suggested by Gmail if someone harassing you via emails and Gmail strongly against these spam activities.

Before going with this method, if you’re not receiving any messages from the person-check if you’re not blocked and then proceed with this guide.
…..so, if you are getting such emails in your inbox then block those without wasting any time. If you have sent an email to anyone by mistake then I have also written how you can retrieve a sent email in Gmail.

How to Unblock Someone from your Gmail?

If you blocked someone on your Gmail account and then realised that you did not want to block that person. There is another way to unblock the person.

Then don’t worry. Gmail also has the feature to unblock any person you have blocked whenever you want.

These were the simple steps you can use to control any email id in your Gmail contact. So, if you want to block anyone you can do this by following the steps and also unblock them whenever you want.